Let’s be Honest About the Mess.

I really do not blog as much as I should. It’s been almost a year since my last post and I even unpublished that post for some reason. It’s back up, because after I re-read it I thought, “wow, I really did a good job getting out my feelings here.”  Writing out my feelings has always helped me so I don’t know why I don’t do it more.  (oh yeah, I remember why... ha. Because I get incredibly self-conscious)

So, here I am with a new post almost a year after my last one. Basically, I am going to spill out what’s on my mind and I am not going to hold much back. Some of it will be good, some not so good because let’s face it... life really sucks sometimes.

Before I dive into the mess, let’s talk about what isn’t a mess. My job. I have been a nurse (RN, BSN) for close to 2 years. When I first started I was nervous, stressed, and sometimes frantic. Anytime something would go wrong I would lose my confidence and rely heavily on my fellow nurses. I have to give myself a little break for that because I was a baby nurse whose only hospital experience was having babies, nursing school, and 6 months of being a nurse assistant.

I am much more at home with myself and my abilities. I don’t freak out when my patient’s oxygen saturation drops in the 70’s, or they start having chest pain,  or their heart rate or rhythm goes wonky, or they get an obscenely high/low blood pressure, etc... I take care of it or send them to the unit. I’m coming into my own as a nurse and I love my job. I always tell people when they ask if I like my job, that I was made by God to be a nurse. This is my calling in life. I am just so thankful I went for it, and I didn’t ever give up, that wasn’t even an option. 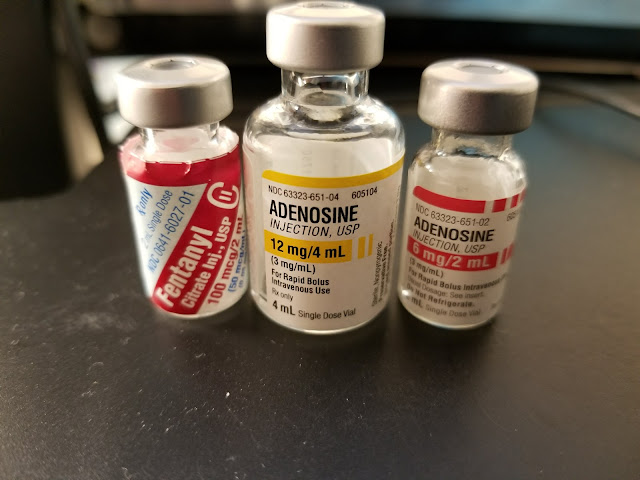 I guess it’s time to talk about the messier stuff. I am a year and a half post divorce. I am 1 year and 10 months post separation from my ex. Some days are better than others. Some hours are better than others. Some things still hurt, others have healed up significantly. I no longer feel that pressure or heaviness in my stomach when I am confronted with what ended my marriage. I am no longer emotionally attached to him in any real meaningful way. The feelings of disgust, anger, and resentment are so much less. Not saying they don’t come up in a rare moment of weakness, but they aren’t strong, aren’t often, aren’t crippling.  I can honestly say that I really haven’t struggled with this post-divorce, but really, I don’t miss him, and I don’t wish I was still with him.

A lot, if not all, of the hurt that I experience now is not directly from the divorce... now it's from the aftermath.  The hurt I feel now comes from navigating life as a single mom, trying to date, trying to be self sufficient, trying to be a good mom, and all the failures laced in with those things.

What does hurt is that I still feel defective. I feel like he was able to move on and remarry so quickly... dating someone new before the divorce was final, and remarried 6 months after the divorce was final... and I can’t even seem to date properly. It’s been 1 1/2 years and I’m sitting here single, and probably need to stay that way for now, with a string of really messy dating history.  I had been very monogamous in my marriage; I took my vows very seriously and never even entertained attraction to another man for 16 years. It’s hard for me to be single, it’s hard for me to not be married, and it’s hard for me to date.  Oh yeah, have I mentioned dating has been disastrous? Dating has been disastrous.

What does still hurt is the support mutual friends give to my ex and his now wife. I understand splitting friendship between a split up couple is difficult, but the way it feels to me when I see the support or learn about it, is that they think I deserved to get cheated on repeatedly.  It feels like they believe my ex must have had some kind of miserable with me, and good on him for upgrading. That’s how it feels and it hurts. Whether that thought process is rational or accurate, I don’t know... but I’m being honest. It hurts.

What does still hurt is that I am sharing my kids with a woman I have never even had a conversation with. My ex has never given me the courtesy of getting to know the woman that he is wanting to be a step mom to my kids. It stings when I pick my kids up and see my youngest wrapping her arms around this woman. That’s my daughter. My baby. It stings that she gets to do the things that I should be doing because they aren’t with me for that weekend or holiday... Those are my babies! Irrational or not, that’s how I feel. Just being honest.

What does still hurt is time without the kids.  That's when I feel alone the most.  Like right now.  My kids are with their dad this weekend.  I am missing them.  I hate what this does to them.  I hate how they feel torn between two worlds.  I hate how they have to be the product of a broken home.  I hate that two adults were supposed to keep their world together and we tore everything they knew apart.  I hate it.

What does still hurt is just being divorced. But, give me time...
Posted by amyschmamey at 7:13 AM 7 comments: