Well, that happened fast.  June 15th was my birthday.  Thirty-Three years of my life.  Gone.  Just like that.  What is it about exiting high school that activates hyper drive on the speed that life passes you by?  Seriously, growing up, it seems like it will never happen - you know, growing up.  Adulthood feels like a dream that will never be realized, but it really is just a feeling, because adulthood happens and then before you know it, you are a senior citizen.  You are probably thinking, "Jeeze, Amy, being a little melodramatic there."  Not really.  Life goes by DANG fast.  How fast is "dang" fast?  I don't know the exact specs really, just take my word for it.  Okay?
"Thirty-Three" 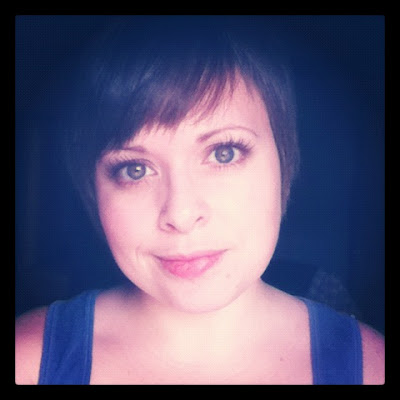 No matter how old I get, I think I will always do kid things to celebrate my birthday.  The year before last, I went roller skating.  It was fantastic.  Then last year I ate at Lamberts, a place that throws rolls at you.  This year, I went to Incredible Pizza Company and I had so much fun playing skee ball and bumper cars.  Seriously, a fun birthday.  My husband made my cake again and it was the best.  He used a strawberry cake mix but made the icing from scratch and used my favorite candy for decoration... LOVE!
"The Ultimate Birthday Cake" 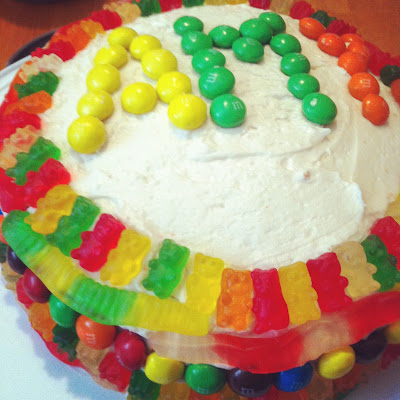 Today was a family reunion.  I had such a great time talking with more distant relatives and also hanging out with my mom and grandma.  The kids had fun in my mom's 3 ft deep pool and I had fun eating myself to oblivion.  I was on a see it eat it diet.  I don't think it worked too well for me, but it sure tasted good.
"Harrison, Arkansas" 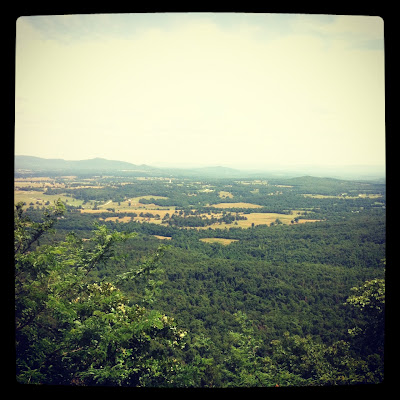 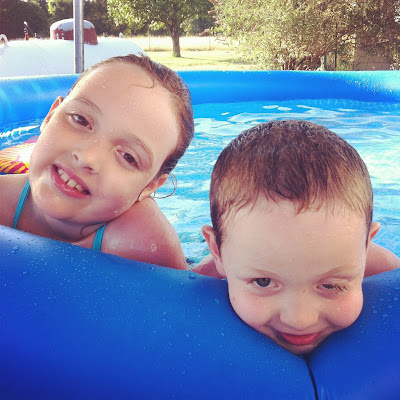 Until Next time.
Later.
Amy
Posted by amyschmamey at 7:27 PM 15 comments:

I can't believe this has happened so fast. I love her so much. She is so big and so chubby and so awesome.

She has 2 teeth already.... she got them at 5 months and 1 week. It was really funny because she had her well baby and I told the pediatrician that I thought she was teething and she told me that Avery wouldn't get her teeth until 6 or 7 months.  Well, looks like mommy instincts were right on this one.


One of the really crazy things is that she has to have a CT scan on the 27th of June.  When she had RSV a couple months ago, she had to have some x-rays because of the possibility of pneumonia, and they found a mass that looks like it could be a Morgagni hernia.  If this is what she has, she will have to have surgery, which I am freaking out about.  I don't want her to have surgery at such a young age.  The main thing is that I want her to be healthy, so whatever it takes.

Here is my precious sweetie baby at her 1/2 birthday.